Teron Prince and Jeff Stubblefield Win the Alabama Bass Trail at Pickwick with 27.79 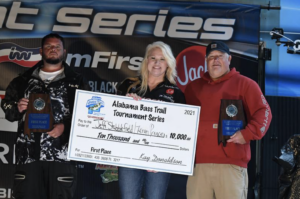 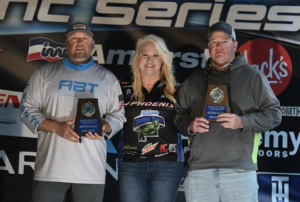 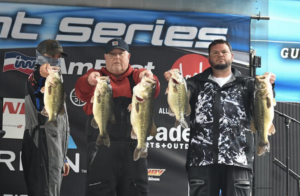 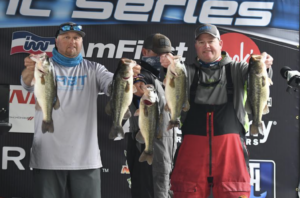 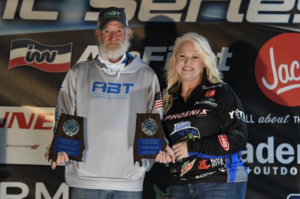 Florence, Ala February 27, 2021- Pickwick Lake was the first stop of the Alabama Bass Trail North Division. Teams were reporting a tough practice, but it was a much different story on tournament day. Many teams spent the day in the mid-lake and shallow grass areas catching pre-spawn largemouth. The weights were tight, and the competition tough with 19 of the 225 teams weighing in limits over 20 pounds.  Teron Prince and Jeff Stubblefield claimed first place and their $10,000 prize when they tipped the scales with 27.79 pounds.

Practice was really tough for Teron and Jeff. Terron said they had “two bites all of practice” but it was a key bite in one area that helped them find their winning bag. They made the decision to return to this area on tournament day. Jeff described this area as a mid-lake “grass flat with hydrilla in 5-7 feet of water about 150 yards off the back.”  When they arrived, they realized they weren’t the only team to find these fish because there were 22 other teams fishing in the same area. It took them until 10:00 to find their sweet spot, but once they did, they quickly filled their limit.  Teams around them were also catching fish, but Terron said the key for them “was fishing slower and keeping their bait in the grass.” They said, “everyone respected each other, and at times, teams were giving us the thumbs up when we caught a good one.” They spent the entire tournament day fishing this one spot, only cranking the motor to return to weigh in.  They caught all their fish on a Zman Jackhammer in Hite’s Hot Craw with a Strike King Rage Menace in Green Pumpkin trailer.  They said they felt these fish were in transition and just kept coming to them all day long.”

The Second Pace team of Brad Shelton Eric spent about three weeks practicing for this event but nothing seemed to really be working for them either. They made a 20 minute run west towards the Kroger Island to one particular area they found they felt would holding fish. “This area was kind of a textbook area for traveling fish, a long stretch of grass that is also a transition area.” A dense fog moved into the lake shortly after take-off, and they thought they had the area all to themselves. When the fog lifted, Brad and Eric said, “the smoke screen lifted as well, and they realized there were 19 other teams fishing around them. They said everyone around them was catching fish “but their spot was a very subtle change in depth that seemed to just hold the better size fish.” They caught over 60 fish all day with only one fish under three pounds. At two different points during the day they broke off fish and caught their line and had to hand line the fish in. They stayed in that one spot all day long until it was time to come weigh in and claim second place and $5000.

Ricky Thompson and Mark Jenkins took third place with 26.45 and $4000. Like many other teams they fished the mid-lake area. They fished the north side of the lake around Natchez Trace bridge. For them the bite didn’t really start until around 10:00, and they filled out their limit around noon catching only 11 keepers that were all solid fish. This was Ricky’s first ABT, and he was really excited to see it all start this way.  The key bait for them was “Xcalibur XR50 in gold and red. They said if you still have some hold on to them.” 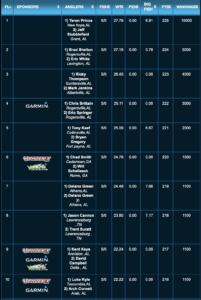 Download and listen to the ABT Podcast on your favorite Podcast app by searching for “Alabama Bass Trail Podcast.”  The Podcast is released each week on Tuesday. This week podcast will feature winners Teron Prince and Jeff Stubblefield.