Posted on February 27, 2020 by ABTTournamentSeries 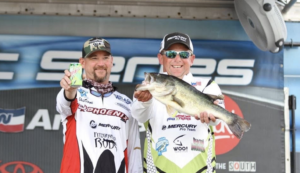 Feb 26-The Alabama Bass Trail Southern Division gets started this weekend on Lake Jordan- known as a spotted bass factory and loaded with largemouth. Weather conditions across the southeast have been soggy and wet for months now causing large amounts of water to flow through the flood gates making conditions tough in recent weeks. However, the conditions have improved some this week and should provide the opportunity to see some great bags caught.

According to the Southern Division Team of Jonathan White and Chris Payne, “the conditions are far from the best, but the options for catching fish shallow and deep are much in play.” Spotted bass love the current and finding the right current breaks and eddy is part of the pattern many teams use. In recent years it has been a boat race to the upper dam to fish the tail race.  Chris said, “that end of the lake has been most affected, and hopefully, with the break in the rain, that will allow it to settle down some.” Jonathan added, “if that end does not settle, the lake will fish a lot smaller, and guys will be sharing water.”

The team noted, “the typical March pattern is in play, and the fish seem to be exactly where they normally are this time of year. It’s just with the tough conditions some have struggled to figure out how to catch them, and that has probably prevented a lot fish from being caught.” That sets up this weekend really well when the fishing conditions get a little better and those fish begin to bite.

“Jonathan and I really like to catch them on a jerk bait and crankbait this time of year and right now there is no need to really take them out of the rod locker.” We are “still marking fish around where they should be and just figuring out how to catch them is going to be the key. With the conditions like they have been, it will likely take baits like jig or something big and bulky you can fish slow that the fish can see.”

Recently, there have been some good bags caught over 21 pounds, and the bags have primarily been all largemouth which is rare for this time of year. The fish are fat and healthy, so generally, when you do get a bite, it is a good one- the bites are just spread out. Chris said, “there have been more 7 pound largemouth and 4-6 pound spots caught in recent weeks than I have seen in a while.”

The first stop of the 2020 Alabama Bass Trail Southern Division season at Jordan Lake happens Saturday, February 29, out of Wetumpka, Alabama. The mandatory pre-tournament registration and angler information meeting will be on Friday, February 28 at the Wetumpka Civic Center located at 410 South Main Street in Wetumpka, AL, with registration happening from 4:00 P.M. – 6:30 P.M. and the pre-tournament meeting beginning at 6:30 P.M. Takeoff and weigh-in occur at the State Boat Ramp at 600 Boat Ramp Road in Wetumpka, AL. 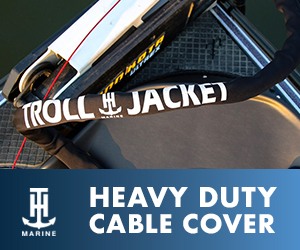