Posted on October 14, 2021 by ABTTournamentSeries

The Alabama Bass Trail Championship is just one week away on Lewis Smith Lake October 22-23. Teams have had their eyes set on this event all year long and have worked hard to qualify for the two-day no-entry fee event. The top teams from the North and South divisions will be fishing for a winner take all grand prize of $50,000. There will be another $50,000 paid through 25 places with a daily $500 big fish.

The North Division team of Jeremy Tomlin and Greg Tomlin have fished all years of the ABT but the first year. They said, “this year started out with great expectations. When this year began, we felt really good about the schedule and felt it was going to be a good year. We started the year at Pickwick and were on fish in practice. Then it came a big flood and washed out our fish, so we finished around 155th which put a damper on our year. We felt good about the schedule this year, but when you’re fishing against good fishermen like the ones that fish the ABT, you really have to fish well every event and can’t make mistakes.”

“We got our best finish at Weiss Lake with 15.27 pounds and 6th place which really helped us move up in the points and have a good finish to the year.” They ended up 18th in points and cashed another check at Neely Henry Lake against the best fishermen in Alabama.

Jeremy and Greg grew up fishing Smith Lake saying, “we have fished really hard at Smith Lake the past 15-18 years. Through the years the lake has gone through lots of changes. Smith Lake is not the Smith Lake of the past, especially in the last few years since the Blueback Herring have been introduced to the lake. There have been lots of fishermen who have adjusted and figured out how to fish now, but some that haven’t. The fishing there now is different because the spotted bass pretty much follow the Blueback herring around year-round.”

Having spent most of their life fishing Smith Lake they have a good knowledge of the fall pattern on Smith Lake. However, the team shared that they aren’t there just yet. In recent weeks at a three-day event it took only 37 pounds 9 ounces of all spotted bass to win. Those fish were caught suspended 20 feet deep in 100 feet of water.

“Typically, this time of year the water is a little cooler, and we have had a few stiff cold fronts move through. We just haven’t seen that yet this year. We would normally expect to be targeting boat docks. Also in October, we are usually starting to get on the front end of a good top water bite, and that’s what teams really focus on. The Spotted Bass are out in the middle of the lake, and they are schooled up with the Blueback Herring.” Another October pattern is to fish brush piles. “There are a lot of brush piles at Smith Lake and even though people don’t believe it, you can get a big Largemouth bite out of those as well.”

The best thing for this event is “for the weather to cooperate and cool down some. It would really help to get the water temps down into the mid to lower 70’s for the large mouth to move up and feed.”

They said having this year’s Championship on their home lake is exciting. It’s really a big deal to fish the Championship especially since this trail is so competitive and many teams don’t make the championship. In the past, the ABT has sent Anglers on to fish at the highest level mainly because of how it has prepared them for that level. It’s a huge accomplishment to get to fish it and winning it would mean you beat the best of the best.

There will be a few key baits that play into this event. The first is a Zara Spook. “You are going to get big bites on it if you get in the right school.” The second key bait for them is a “Small Swimbait possibly because the Blueback Herring are going to be moved up, and fish will be targeting smaller bait. Some people will say a Shaky Head, but we don’t think that will be a factor because of where the fish might be. Some may be caught on a Shaky Head but not as many as people will expect.” Their third key bait will be some kind of buzz bait or top water used first thing in the morning. When asked what they felt the winning bait would be, they both said a Keitech Swimbait. “It was the bait used last week to win an event, so they feel lot of people will be using it again this week.”

Jeremy and Greg think teams will catch fish multiple ways in this event. There is a lot of river for fishermen especially guys who are good at Weiss Lake and Neely Henry. Those guys are going to fish shallow and will have some success if the weather cooperates but will struggle if not. Many teams will concentrate their time on the main lake including Rock Creek, Crooked Creek and White Oak. That is where a lot of the large Spotted Bass schools live. There will also be teams that go the opposite direction and head way up to the Cullman area and fish Ryan Creek. 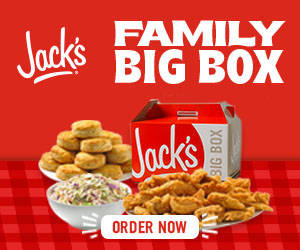