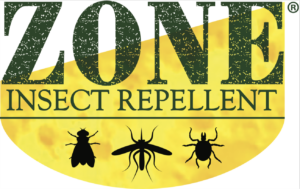 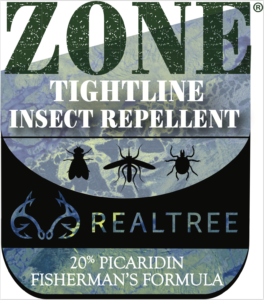 Decatur, Ala. (July 14, 2020) – Zone Repellents, a Decatur-based manufacturer of insect repellent and hand sanitizer, has been named a premier sponsor of the Alabama Bass Trail Tournament Series and inaugural 100 Series.

Under the terms of the agreement, Zone Repellents will provide a complimentary bottle of Tightline Insect Repellent to Alabama Bass Trail tournament anglers for the remainder of the 2020 season and during the 2021 season. In addition, the company will offer trail anglers a discount program of 20% off orders placed on www.zonerepellents.com (coupon code basstrail20) through 2021. The Alabama Bass Trail will feature Zone Repellents on all tournament related advertising, website, social media channels and collateral materials.

“Zone Repellents’ mission is to help and protect people. We can do that by helping out anglers and their families as a part of the Alabama Bass Trail. Zone Repellents is proud to sponsor part of this adventure by allowing anglers to focus on the bass and not on the bugs. Zone Repellents are made right here in Alabama and our Zone Realtree Tightline insect repellent is odor-free, will not damage your gear, line, lures or equipment and is proven effective for 12-hours,” said Brian Baer, owner/CEO of Zone Repellents.

Zone Repellents is a locally-owned U.S. company based in Decatur, Ala. offering insect repellents, animal repellents and hand sanitizer. Its insect repellent products contain Picaridin which is a safe, healthy, non-greasy, odorless alternative to DEET and provides 12 hours of protection from mosquitoes, ticks, flies, fleas, chiggers, gnats and no-seeums. Extensively evaluated in laboratory tests and field tested in high insect zones around the world, Zone Insect Repellents are endorsed by the CDC and registered with the EPA. For more information, visit www.zonerepellents.com.

“We are beyond blessed to welcome Alabama-based Zone Repellents as a premier sponsor to the Alabama Bass Trail Tournament Series and to the Alabama Bass Trail 100. Our staff was recently introduced to their products and after using the insect repellent during the Alabama River tournament last month, we were impressed with how well the products worked in protecting us against insects as well as its odorless, non-greasy and non-sticky formula. While on the water, anglers should concentrate on catching fish and not worry with insects, and we believe Zone Repellents will be a great addition to every angler’s tackle box,” said ABT Program Director Kay Donaldson.

The 2020 Alabama Bass Trail Tournament Series is underway. Three tournaments remain (Neely Henry Lake and Smith Lake in the North Division and  Lay Lake in the South Division) with the championship following  Oct. 23-24 on Lake Martin.

The 2021 Alabama Bass Trail Tournament Series will be held on eleven of the lakes of the Alabama Bass Trail beginning February 20, 2021. Sanctioned by BASS (Bass Anglers Sportsman Society), the ABTTS contains two divisions: North and South. Each division is made up of five tournaments on five different lakes. The maximum number of boats for each tournament is 225. Teams must fish in all five tournaments in their respective division. Hosted by the Chamber of Commerce of Walker County, the championship tournament will be held October 22-23, 2021, on Lewis Smith Lake. Each regular season tournament features a $10,000 guaranteed first place prize and pays 40 places totaling over $47,000. The no-entry fee championship will feature a $100,000 payout with a first-place prize of $50,000. There is also a $5,000 bonus cash prize for Angler of the Year and $2,500 for runner-up Angler of the Year. Priority registration opens August 1, 2020.

The Alabama Bass Trail 100 Series will make its debut January 9, 2021, and will be held on three of the Alabama Bass Trail lakes. Attracting professional and amateur anglers from across the United States, the new three tournament series features a $25,000 first place prize and pays 20 places totaling $100,000. Registration for the 100 series sold out in two days of registration opening.

This entry was posted in News, News & Events. Bookmark the permalink.