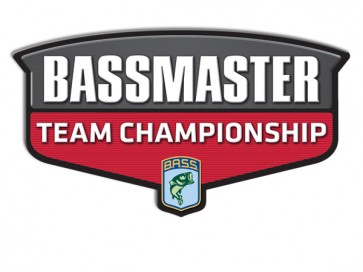 BIRMINGHAM, Ala. — Many of today’s top professional anglers cut their competitive teeth in team tournaments. But to compete at a higher level, they had to leave their fishing buddies behind and strike out on one of the many draw or pro-am circuits.

With the introduction of the Toyota Bassmaster Team Championship, America’s most successful fishing teams will soon be able to prove their skills against competition from throughout the nation.

“Not only will we crown the national championship team, but we will also provide an opportunity for one outstanding grass-roots fisherman to qualify for the 2015 Bassmaster Classic,” said B.A.S.S. CEO Bruce Akin.

The championship will be held in late fall of 2014 at a date and location to be announced later. Teams from across the country will compete for the Team Championship crown. Following the team portion of the event, the Top 3 pairs of fishermen will be split up and will compete individually, from separate boats, for a berth in the Classic, Akin explained. The format is similar to the Carhartt Bassmaster College Series championship, which has qualified a collegiate angler to the Classic for the past three years.

“A key focus at B.A.S.S. is providing an opportunity for anglers of all ages and skill levels to fish competitively,” said Jon Stewart, B.A.S.S. Nation director and manager of the Team Championship program. “Recent additions include the Carhartt Bassmaster College Series and the High School Championship, and now we’re excited to offer an avenue for team tournament anglers to reach a national stage.”

As many as 200 fishing teams will compete in the championship. To qualify, they will have to finish as the top teams in a participating team tournament trail. Sanctioned Bassmaster Team Championship tournament trails will enroll their anglers as B.A.S.S. Team Members. Collectively, the charter trails which have already signed on span the country from coast to coast, and they represent more than 7,500 participants.

“Team tournaments are incredibly popular among grass-roots fishermen,” said B.A.S.S. Tournament Director Trip Weldon, who competes in weekend team competitions when he’s not running an Elite Series event. “The angler who wins a berth in the Classic will have to outfish some incredibly talented fishermen along the way.”

As evidence of that popularity, after the Alabama Bass Trail (ABT) launched its new Team Tournament Series in October, the northern division quickly reached a full field of 200 teams, and the southern division was filling rapidly, said Kay Donaldson, ABT program director.

The ABT Team Tournament Series, which includes two divisions of five events each as well as a championship, was the first team trail to join the Bassmaster Team Championship program.

“We are excited to be the first charter trail sanctioned by B.A.S.S. because it gave us one more huge bonus for anglers to fish with us,” Donaldson said. “In tournament angling, payouts are always No. 1, but then to offer a chance at a lifetime goal of fishing the Bassmaster Classic — that is like the sprinkles on the icing.

“Team trails like the ABT are great for anglers because they allow buddies to fish alongside each other in their home state. It limits their out-of-pocket expenses but still affords the teams a highly competitive field,” she added.