Posted on September 5, 2019 by Kay Donaldson

Decatur, Ala. (September 3, 2019) – The Alabama Bass Trail (ABT) Tournament Series, considered the largest team trail tournament fishing organization outside of Texas, announced the renewal of its partnership with Phoenix Bass Boats in which the bass boat company will continue to serve as title sponsor for five additional years. 2020 will mark the seventh year the two organizations have partnered.

“Having Phoenix Bass Boats renew with the Alabama Bass Trail for a third time and extend the term to five years is affirmation that the job we are doing is working,” said ABT Program Director Kay Donaldson. “Their commitment to the Alabama Bass Trail Tournament Series, from a financial stance to the strength of their brand, lends tremendous stability for our trail. We are honored to partner with the great people at Phoenix and look forward to the next five years.”

Headquartered in Winchester, Tenn., Phoenix Bass Boats was established in 2007. The headquarters are located in a modern 125,000 square foot facility on 10 acres and offer 11 models of boats ranging in size from 18 feet 6 inches to 21 feet 6 inches in length. For more information, visit www.phoenixbassboats.com.

“We are excited to continue our relationship with the Alabama Bass Trail Tournament Series for the next five years. Sponsorship of the ABT Tournament Series is a good fit for Phoenix as we both work feverishly to grow the sport of fishing and to further enhance the angler experience,” said Phoenix Bass Boats President Gary Clouse.

Returning for the seventh season, the team-style tournament series is held on eleven different lakes of the Alabama Bass Trail beginning February 22, 2020, with the championship tournament to be held on October 23-24, 2020. Each regular season tournament features a $10,000 guaranteed first place prize and pays 40 places totaling over $47,000. Anglers in the no entry fee championship will be competing for over $100,000 in cash, including a $50,000 first place prize and top bragging rights for the year, and there is a $5,000 bonus cash prize for Angler of the Year and $2,500 for runner-up Angler of the Year. According to Donaldson, over $580,000 in cash and prizes will be awarded when the ABT Tournament Series wraps up its season in 2020.

For more information on the ABT or the Tournament Series, visit www.alabamabasstrail.org or call Kay Donaldson at 855.9FISHAL. 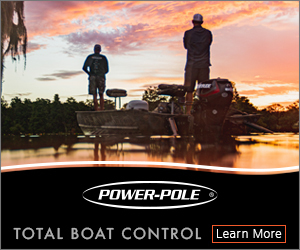