Posted on November 9, 2016 by ABTTournamentSeries

As part of the agreement, the apparel will be designed and manufactured by AFTCO and will include shirts and shorts for men. Clothing will be designed to showcase functionality and to protect anglers from the sun while offering a super-comfortable fit.

The American Fishing Tackle Company (AFTCO) was established in 1958 within the confines of a Newport Beach, California, basement. The creation of the AFTCO Roller Guide advanced big game fishing to new heights and became the standard seen on top offshore boats worldwide. In 1989 AFTCO introduced its first line of AFTCO Fishing Clothing. Shortly after, AFTCO introduced the M01 Original Fishing Shorts. The M01 became the world’s first fishing shorts built and tested to stand up to the rigors that anglers demanded. The Original Fishing Shorts launched AFTCO’s performance fishing clothing business into what anglers know today as an extensive line of performance sun protection shirts, technical outerwear and functional fishing shorts. Through AFTCO’s 10% Pledge to Protect & Conserve, AFTCO & the Shedd family have contributed more than 10% of profits to help protect our ocean resources and ensure a sustainable fishery for future generations.

“AFTCO is a clothing company that has been highly visible in the saltwater market for years and the Alabama Bass Trail is excited to be a part of their emergence into the freshwater fishing industry. Their clothes are designed with anglers in mind, using stain resistant fabrics that also dry very quickly,” said ABT Program Director Kay Donaldson.

For more information on the ABT, visit www.alabamabasstrail.org or call Kay Donaldson at 855.9FISHAL. 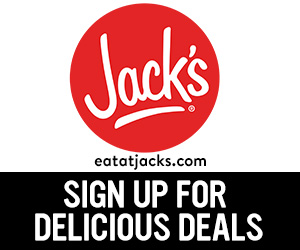