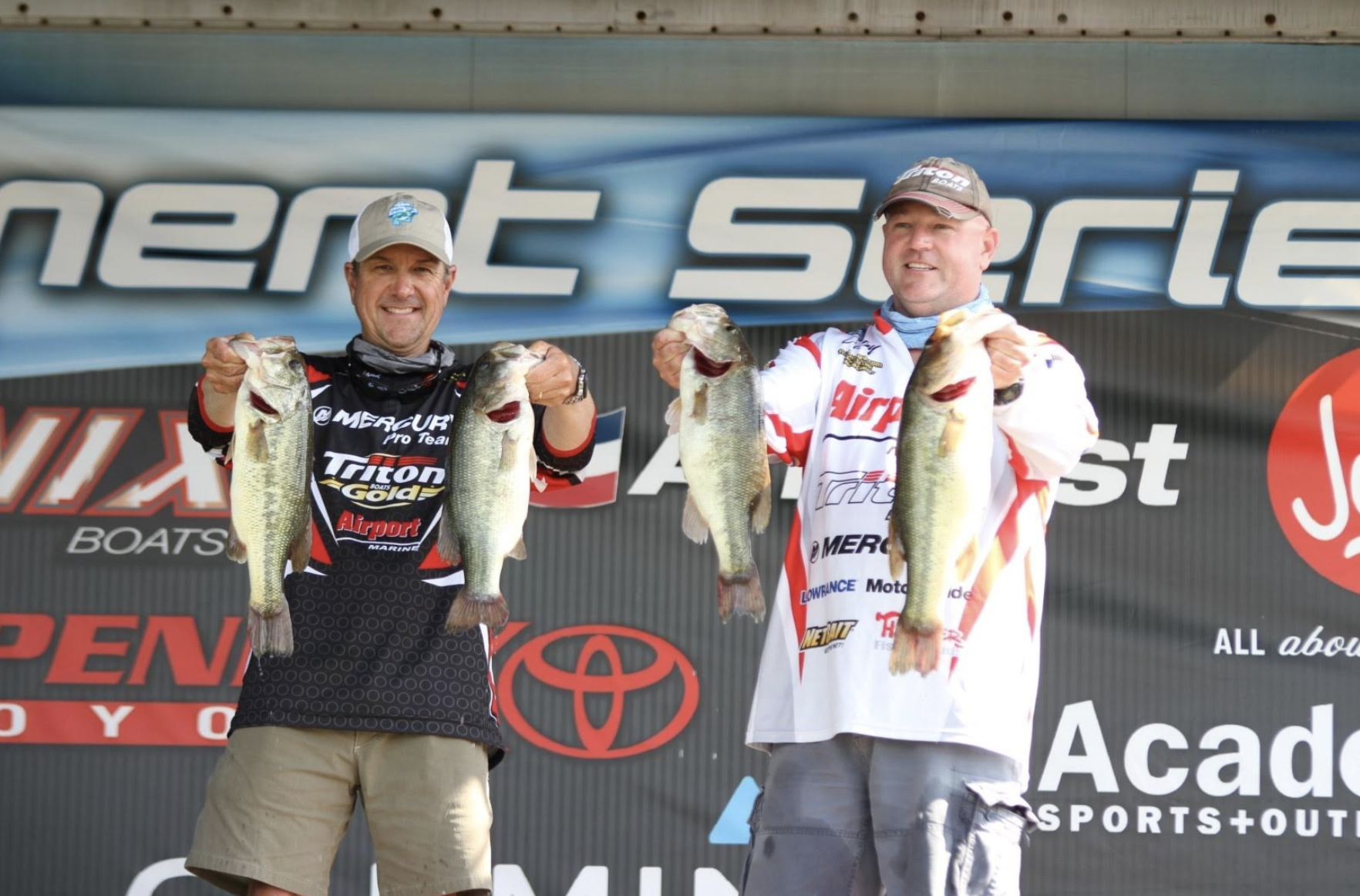 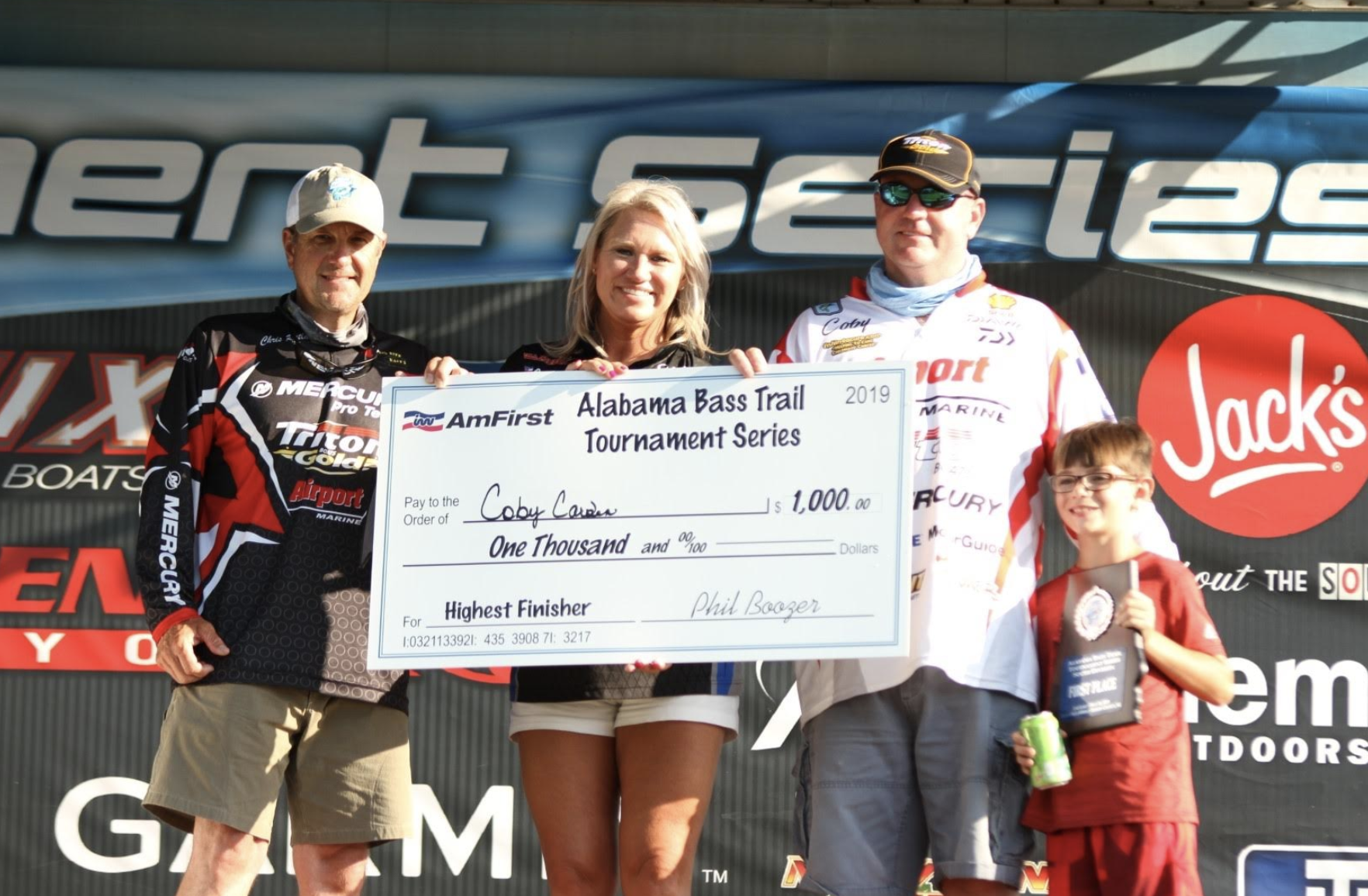 This week’s ABT BASS Team Championship profile is the team of Chris Rutland and Coby Carden. For the second time in three years they find themselves leading AOY in the South Division. This year they have the most points in the ABT and claim the title of overall AOY. They are ready to represent the ABT at the BASS Team Championship next week (Dec 11-14) on Lake Hartwell.

Chris and Coby have known each other for over 25 years and fished against each other for a good bit of that time. In the early years, they both had different team partners; Coby’s partner was Jamie Horton and Chris’s partner was Russ Lane. About ten years ago Russ and Jamie went to fish the Bassmaster Elite Series leaving the door open for Chris and Coby to join forces work together. Both agreed they were rivals before but always had fun with it.

Growing up fishing Chris had a neighbor, Danny Pollard, with a small bass boat who he started fishing with when he was 12 or 13 years old. Danny was a member of a bass club, and he and Chris fished together for about 12 years. Chris said “we fished many tournaments and learned a lot about fishing together.”

When he was young, Coby spent a good amount of time fishing on Lay Lake with his dad and god grandad. Around the age of 13 Coby met Tim Wilson who was in a federated bass club and knew how much Coby loved fishing. The two began to fish some club tournaments, and Coby says Tim taught him a lot about fishing.

From a very early age the drive for competition was instilled in both of them. Both said it “was fun growing up and catching fish in ponds and lakes using different baits. We were getting good at it.” You never know how good you are at something until you have to put your skills to the test. Chris said after fishing a lot with Danny, “it got to a point where it evolved and he saw he was able to catch fish but (he) wondered how good am I? Am I able to enter these tournaments and compete against these guys and win a little money doing what I love?”

It’s one thing to love competition, but it’s another to be successful at it. Chris and Coby have arguably the most consistent team on the ABT from the beginning. In the first year of the ABT they cashed 4 out of 5 checks- that year the ABT only paid 20 places. Out of 30 events fished they’ve only missed a check 5 times and have taken home over $102,000 in ABT winnings and boat contingency money. That does not include the other contingencies they have cashed in on. On average they take home $4000 per event, have won AOY in the South Division twice and have never finished lower than 3rd in the AOY. Are they competitive? Those stats alone speak for themselves.

When asked what makes them different, they say it’s because “they work at it all year long” putting in hours sinking brush piles and “experimenting with different baits and techniques to dial in on exactly what needs to be done for that eight or nine hours we get to fish.” The prep work is “really about preparing all year long to maximize every cast so we aren’t wasting anytime.” Then they can approach practice with a plan of what to do before they ever go to the lake. “Most of the time we are looking to eliminate water instead of try and figure them out.” On tournament day it helps to “not have to wonder if you should be doing something else.” That’s why they take the time to “eliminate water so they don’t question it.”

This past year’s tournament on Lay Lake was the one that stood out for them. For the first hour and a half they didn’t have a bite, so they totally abandoned what they were doing and made a move. After the change, they finally got their first bite- a 5lber. It was then that they looked at each other and knew what they needed to do. They were able to put together a small limit after that. About 2 hours later Coby caught another 5lber and two 4lbers on back to back casts a few minutes later. They began to capitalize on that plan with Coby catching a 6.5lb fish at the next stop. They dropped 24.47lbs on the scales for the win that day.

Looking forward to Hartwell, they are ready to get things started and. like other teams, feel the lake sets up similar to Lake Martin and Smith Lake. They may be taking a little more experience in to this event than some of the other teams: Coby fished Hartwell in 2015 for the Bassmaster Classic and finished 15th with 35lb 2 oz. After spending about 2 weeks there in December of 2014 preparing for the Classic, he feels he has a good knowledge of the lake and that it sets up to their strengths. They’ve already set their practice strategy to eliminate water before they even head to the lake. The hope of making the Bassmaster Classic again is good for this team. Coby went in 2014 and 2015 and says “he always thought making it through the federation was hard but would really like for Chris to have the opportunity to experience it this time.” He also said it was an “amazing experience and his kids would like to see him back in the Classic again.”

When setting up the interview with Chris and Coby for this article they joked that these interviews are bad luck for them but will continue with them until they turn out to be good luck. We hope this one is good luck, they get the win at Lake Hartwell, and we see one of them in the Bassmaster Classic. We wish them and all the ABT teams participating next week at Lake Hartwell the best of luck. You can follow along on the ABT social media and on Bassmaster.com

Over All Points Leader AOY