Tune in to watch the ABT Tournament Series on Fox Sports Southeast! 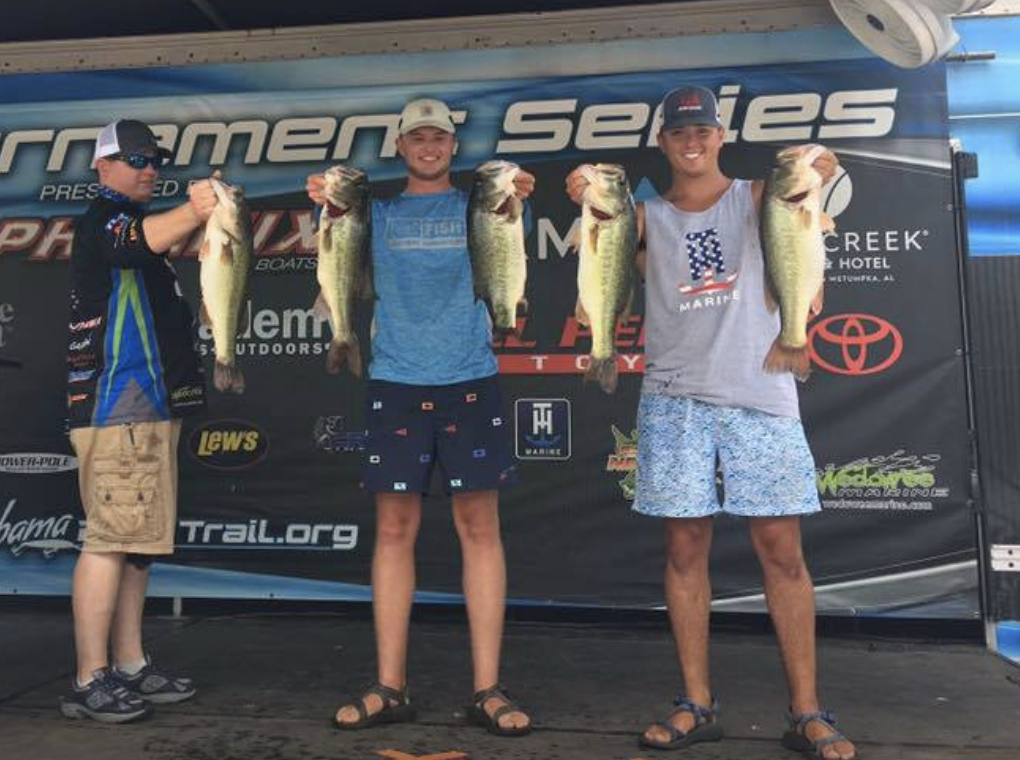 The 2020 Alabama Bass Trail Season Opener is back where it all began.

Many times, when the ABT heads to Lake Guntersville the weather tends not to cooperate, but the fishing is always good and the winner often has to catch over 30lbs to win. For months the weather has been really wet leading up to this week. The lake is full and lots of water has been moving through the system. Due to the high water, there are many logs and other debris floating and the water is stained.

Darien said, the 2017 event “was the best tournament fishing moment of our lives for both me and Houston. It was really a magical day.” He said they “really figured out something on that day. The spot we were on was a one cast type spot.” They had to pay attention to make the same exact cast over and over to catch the fish. The spot was “magical” and not a community hole kind of spot. Since the win, they have been back there where his wife, Hannah, lost what he thought was close to a 10lb and caught an 8lb. Darien said, “they believe they figured out something in 2017” and were able to build on that pattern in 2018 but just fell short.

Darien said if it “stopped raining today and didn’t rain again until after the tournament, the water would still not be stable enough to catch them like they have in previous years.” In 2018 the rain stopped allowing the water to clear up the Friday before the tournament. However, this year is setting up to be a little different. The current is pulling from the backs of creeks causing lots of water to fluctuate. At the time of this article, the average discharge has been 200,000 plus for the last couple days.

The typical March pattern for Guntersville has always been to pay attention to the grass. In 2009-2012 when there was a lot of Hydrilla and Milfoil in the lake, you had to pay attention to it. In recent years there has been an abundance of Eelgrass in the lake which tends to hold fish out a little deeper in March, so you have to pay attention to it. Everyone knows that bridges play a factor at Guntersville too. Randy Howell won the Bassmaster Classic fishing a bridge on the final day. With the high water and changing conditions, the team that finds fish in practice and is able to relocate them again on tournament day will be the team that is competitive.

Darien said typical muddy water noisy baits like crankbaits and lipless crankbaits in black and blue and the typical Guntersville red colors will play a factor. Finding ways to crank the grass and bridges will probably be a factor as well. There should be fish up shallow due to the rising water and heading into pre-spawn mode. This tournament will be a good opportunity for a team to figure out a pattern and run it all over the lake.

Many eyes will be focused on this event to see how it plays out since the Bassmaster Classic will be headed there in a few short weeks. The caliber of anglers that will be fishing this weekend will help those fishing the Classic because they are of the same quality. Lake Guntersville will not disappoint, and the top team will take away $10,000 plus contingences.